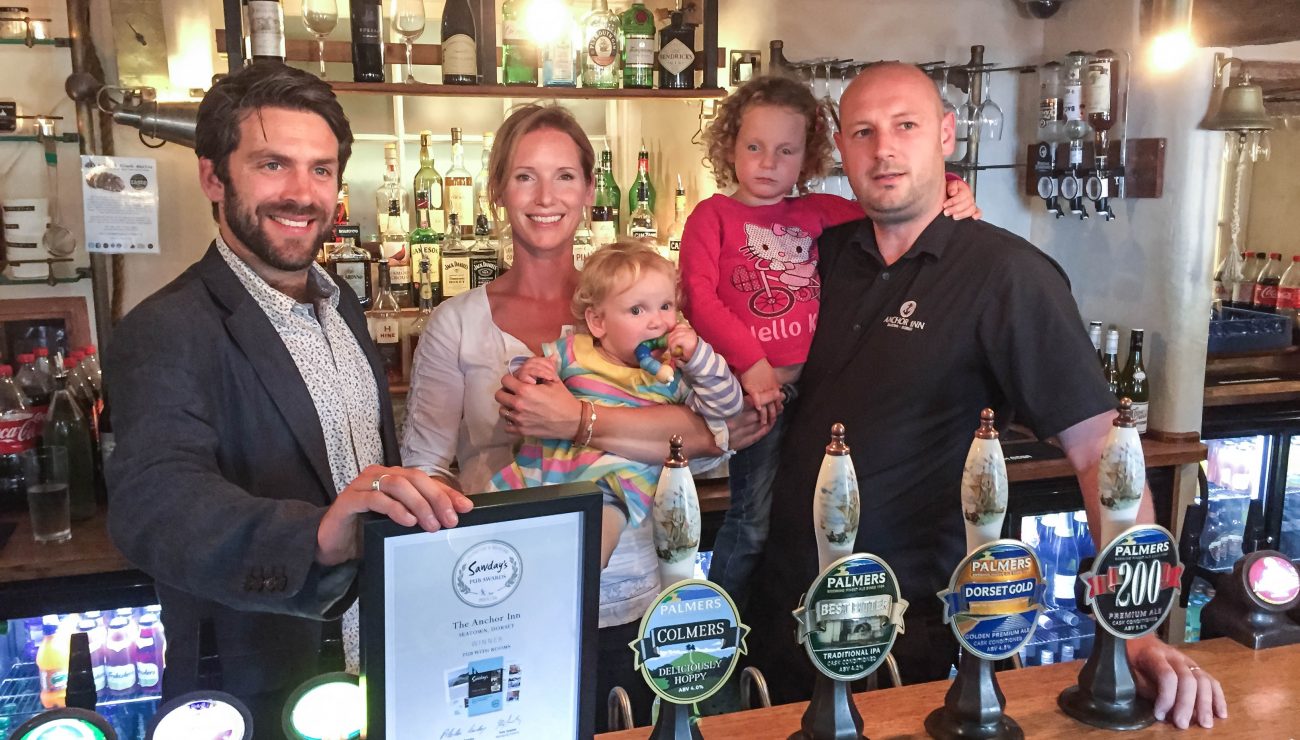 Anchor Inn at Seatown one of the nation’s top pubs.

The Anchor Inn at Seatown has won the 2015/16 Sawday’s Pub with Rooms award.

Sawday’s inspectors chose the Anchor from their collection of almost 2000 hand-picked special places to stay in Britain. They described the Anchor as ‘a thriving, lively inn that knows exactly how to make the most of its location. The big sun terrace and gardens overlook the pebbly beach; interiors evoke driftwood and nautical cosiness with open fires around which you can enjoy a pint of Palmers and a fresh crab sandwich, or a bowl of super fresh shellfish washed down with an excellent wine.

The Anchor underwent a major refurbishment, reopening for Easter 2014. Over £1.4M was invested to create three letting rooms, a new sun-terrace, an up-to-date kitchen and new facilities. Licensee, Paul Wiscombe who has been landlord of the Anchor for over a decade said: ‘The Anchor Inn has always been popular with tourists and locals alike but the last year has been amazingly busy. Winning this award is fantastic for my team and it establishes the Anchor as one of Britain’s landmark destination pubs.’

Jayson Perfect, Palmers Tenanted Trade Director said ‘We are thrilled that Paul and his team at the Anchor Inn have been recognised with this award. Everyone in the hospitality industry appreciates that Sawday’s is the guide of choice for discerning travellers who want to discover places that are special. We have always known how special the Anchor Inn at Seatown is and it is fantastic that so many more people will be eager to discover one of West Dorset’s hidden gems in the future.’