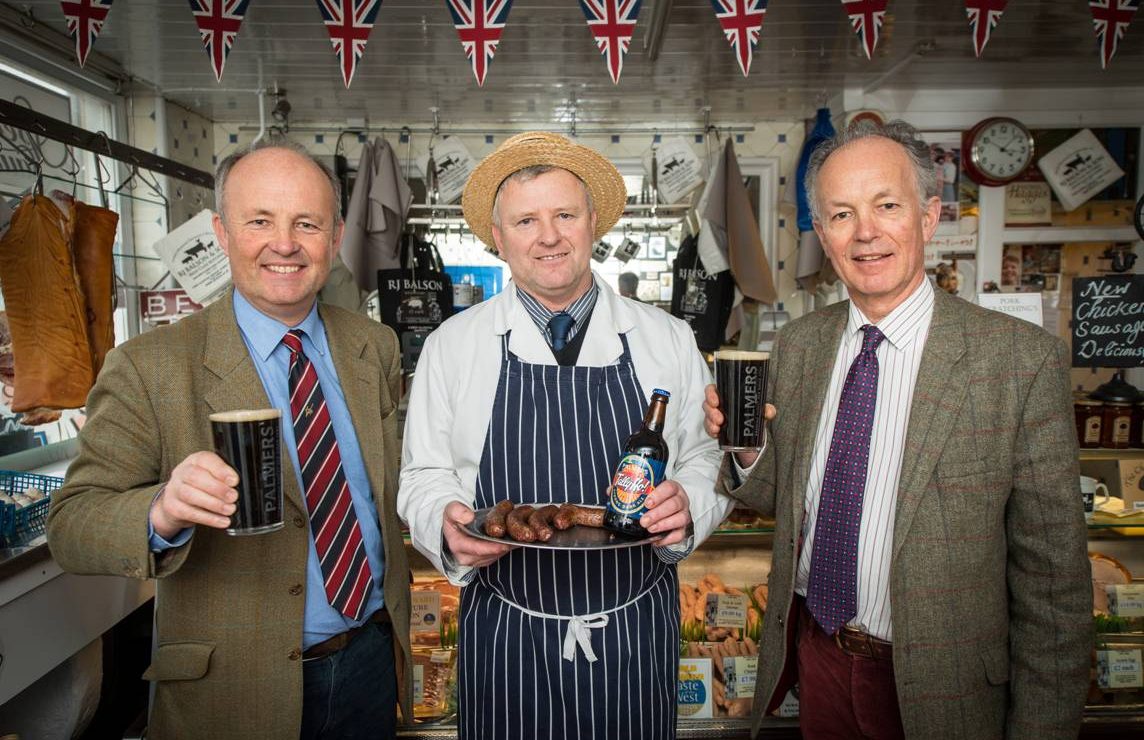 Two of Dorset’s oldest family businesses have joined forces to make a special Olde English sausage. RJ Balson and Son, who have been trading for 500 years, and Palmers Brewery, who are a mere 221 years old, have created a beef and ale sausage made with prime local beef and Palmers’ Tally Ho! ale.

Both firms are based in Bridport and have been serving customers in West Dorset for generations.“Beef and beer are a traditional old English combination, and sausages are classic pub grub,” said Cleeves Palmer, Sales and Marketing Director at the brewery.“This is an anniversary year for both businesses and what better way to celebrate than with a banger!”

The recipe was devised by Richard Balson of RJ Balson & Son. He said: “We’ve won several awards for our speciality sausages, and approached Palmers with the idea for the Tally Ho! sausage. The beer is ideal for cooking with, and a small glass of Tally Ho! is certainly one of the cook’s perks when we’ve finished the batch.”John Palmer, Chairman and Managing Director of Palmers Brewery, said: “We hope that many of our fine Dorset pubs will serve these delicious sausages.”

ALE AND HEARTY: Tally Ho! sausages made by RJ Balson & Son with ale from Palmers Brewery.

The sausages are succulent full-size bangers with a rich, hoppy taste. They are available in Balson’s shop and on the menu in selected Palmers’ pubs.