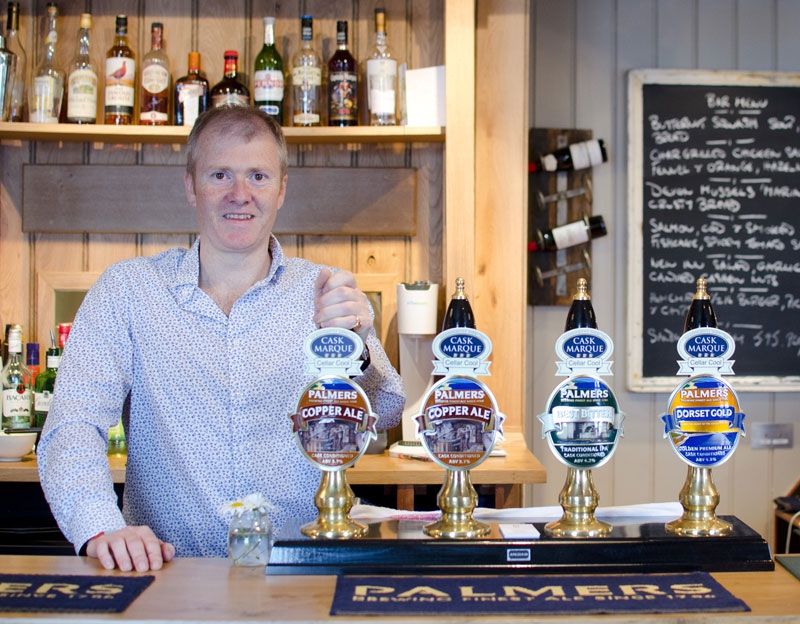 A former Michelin inspector, who was part of the teams that awarded Michelin stars to Gordon Ramsay and Heston Blumenthal, has re-opened his own highly regarded pub in Dorset.

Landlord Jeremy Lee, also judged national Landlord of the Year by the Good Pub Guide, is delighted to have opened his doors again as he celebrates three years at the helm of the New Inn.

The New Inn, in Cerne Abbas, itself in the Michelin Guide, shut for an eight-month refurbishment just six days after it was acclaimed Dorset Dining Pub of the Year in the Good Pub Guide 2012.

Jeremy said: ‘We have turned a tired old 16th century coaching inn into a 21st century pub with really comfortable rooms boasting high-speed broadband and flat-screen TVs. This is a Grade Two listed building in a conservation area, so all this has been done without changing the integrity of original features like a fireplace.’

All the rooms are named after Dorset chalk streams – Brit, Asker, Allen, Tadnoll, Sydling, Piddle, Hooke, Frome. Standard double rooms cost £90, the superior rooms are £120 and suites are at £140.

Head Chef Ben Streak, who was formerly at the Riverside in West Bay, has been cooking in Dorset for nine years. This includes a stint at Summer Lodge in Evershot, and Yalbury Cottage in Lower Bockhampton.

Ben said: ‘We use Ingredients that we believe in and enjoy working with. We get scallops straight from the diver and venison from the Ilchester Estate.

‘Our beef is bought on the bone from North Aberdeen. We spend a couple of hours a week butchering, so when it comes to the cooking we have already built up a relationship with and respect for the food.’

Jeremy said: ‘Whilst we use premium products and ingredients we believe we offer value for money. We also offer simpler dishes on the daily blackboard menu to suit everybody’s pocket.’

Tim Woodrow, Palmers tenanted trade director, said: ‘Palmers Brewery has made a substantial investment in this historic pub, which now has 13 bedrooms instead of six, more space for eating and drinking, a new kitchen and new loos. It’s one of the biggest single refurbishment projects ever undertaken by the Bridport brewery. We wish Jeremy Lee and all the staff the very best for their future.’