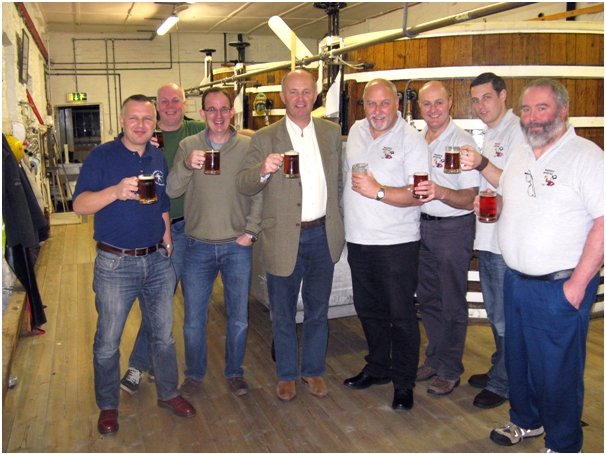 The festival, now in its 27th year, is run by a committee of West Dorset CAMRA – Campaign for Real Ale – and Dorchester Round Table. Beerex 2015 will continue in the tradition of raising money for charity with proceeds next year going to pay for a special day out for disadvantaged children.

Cleeves Palmer, Sales & Marketing Director of Bridport based Palmers Brewery, said: “we are very pleased to sponsor the extremely popular Dorchester Beerex for 2015.“The event boosts the profile of traditional ale and, of course, raises a huge amount of money for really important local good causes.
“My thanks go to all those who work so hard in creating such a successful and enjoyable festival.”

“Palmers have always brewed real ale, even in the dark days before CAMRA (Campaign for Real Ale) was conceived, you could say without breweries like Palmers real ale may well have been a drink of the past,” said Beerex committee chairman Rick Dowell. “We are looking forward to a new partnership with Palmers as our new main sponsor.”