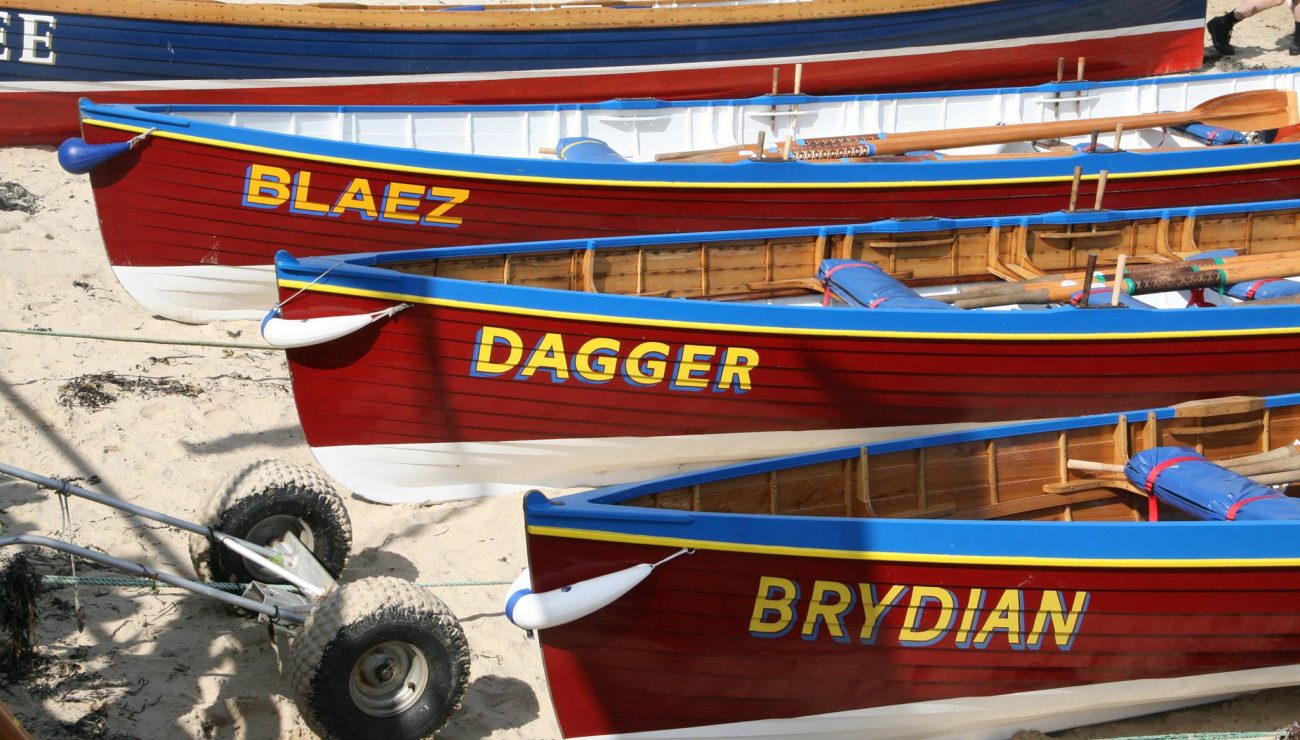 Palmers’ Dorset Gold was used instead of the usual bottle of fizz to mark Palmers’ sponsorship of Bridport’s new Gig Rowing Club.

A gig is a fast boat used historically to speed pilots out to ships coming into harbour. In recent years, the sport of gig racing has grown massively in popularity in the South West of England.

Cleeves said: ‘We like to support new things, fresh, appealing, new things. And what could better than participating in a sport off Dorset’s beautiful coastline? It’s good exercise for men and ladies, boys and girls; it engages everyone.

‘And, when you done some physical activity, after a pint of water, it’s good to have something a bit stronger – but only if you’re a grown-up!’

Bridport’s club is the 55th gig-racing club in the South West.

Club chairman Mike Carter said: ‘Funding is always a challenge for a start-up club, particularly in the current economic climate, and we are thankful to Palmers for their support and sponsorship. It has helped us place Bridport in the gig scene.’

He added: ‘Our first gig is called Bucky Doo, after the square in the middle of Bridport that’s also called Bucky Doo, possibly after a pub once called The Buck and Doe or perhaps a jail called a bocado. We chose the name because we think it means ‘A playful place for community recreation’.’

Bucky Doo is 32-ft long gig and made of fibre-glass. She will be used for schooling members in the art of racing.

However, for competitive racing against other clubs, only traditionally-built Cornish Elm gigs may be used. Bridport Gig Rowing Club is hoping to order a wooden gig later this year, and Palmers’ sponsorship should also help pay for that.

Cleeves said: “We’d love to see Bridport taking part in the annual World Championships in the Isles of Scilly. And I know it’s a very tough competition, but the idea of bringing Gold back to Dorset – that would be great.”