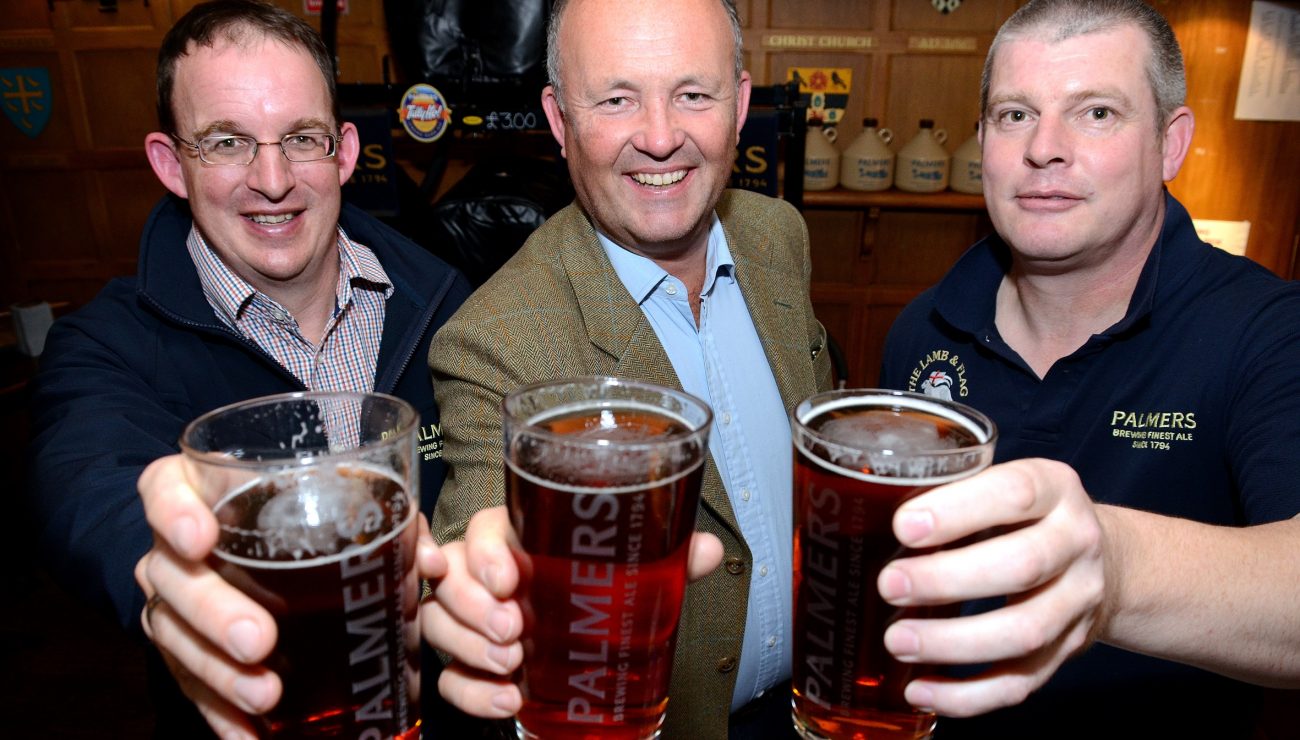 The Lamb and Flag in Oxford is celebrating selling one third of a million pints of fine ale from Palmers Brewery in Dorset over the last 12 years.

Pub profits have gone towards scholarships for students at St John’s College, owner of the historic tavern.

The pub and brewery marked this milestone with a special Meet the Brewer event on 25 October in the Lamb and Flag back room. Head Brewer Darren Batten conducted a tasting of all five Palmers’ ales and explained the finer points of brewing each one using traditional methods.

Landlord Martin Siggery said: ‘Palmers beers are always very popular in Oxford and our customers enjoy a really well kept pint. We liked tasting the full range and hearing more about how they are made.’

St John’s College opened the Lamb and Flag Tavern beside the college in St Giles in 1695. Named after the two symbols associated with St John the Baptist, the pub has served generations of students and professors. As well as writers and celebrities including JRR Tolkien, CS Lewis, Graham Greene and Bill Clinton. Former Prime Minister Tony Blair was a regular visitor during his student days at St John’s in the 1970s.

In 1999, the college took over the running of the pub and put Palmers’ cask ales on the bar. Since that time, all of the profits from every drink sold are put towards supporting student scholarships at St John’s. The Lamb and Flag Scholarships are awarded to graduate students who are of outstanding academic excellence but have no other source of funding to pursue their doctorate degrees.

Since the scheme started, Lamb and Flag scholarships have enabled 37 gifted students to further their studies at St John’s. That’s definitely worth raising a glass to!