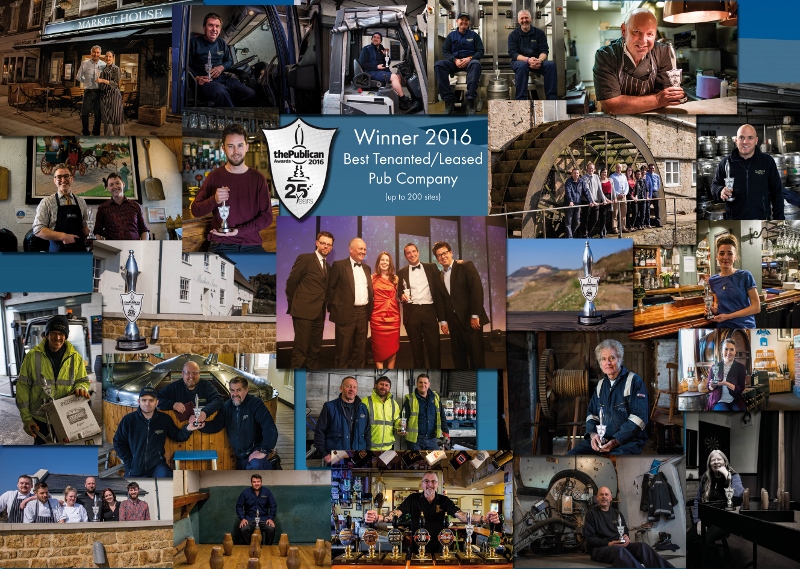 top of the industry

To win the award the company had to pass through a rigorous application process, the brewery and pubs were judged in a series of site visits and the winner was finally decided by panel interview in front of leading figures from the industry. The award was announced and presented last week at an award ceremony at Battersea Evolution compered by Michael McIntyre.

The judges were looking for the company that offered the best support package to its licensees to enable them to thrive in a competitive market place.

John Palmer, Palmers Chairman & Managing Director said: ‘this is the top award in the industry and we are all immensely proud. It is brilliant that our licensees and everyone who has worked so hard at the brewery over the last twelve months have been recognised.

‘It is also great news for West Dorset because this national recognition means that we can continue to attract the top people in the industry to run our pubs so that we can offer locals and tourists alike one of the best pub experiences in the country.’

‘Palmers is taking the best bits of the managed [pub] model and applying it in innovative ways to its tenanted estate,’ said Ed Bedington, editor of the Publican’s Morning Advertiser which organises the awards.

‘This is a company which in undertaking some great initiatives to help give its tenants an edge in the competitive pub market, and it’s rightly been recognised.’