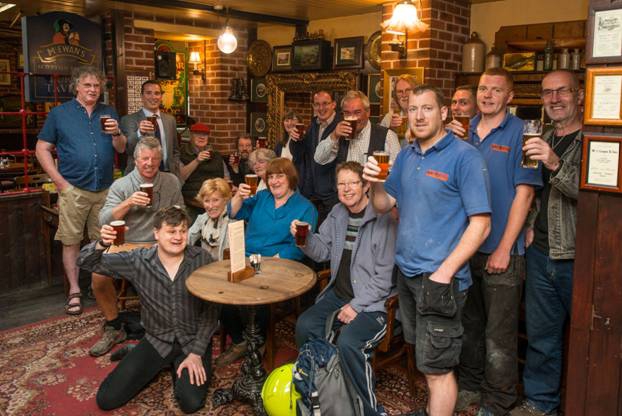 Customers at The Ropemakers in Bridport raised a glass on Monday lunchtime to Beer Day Britain as part of a national record-breaking attempt for the largest number of people participating in a national cheers.

Palmers Brewery’s head brewer Darren Batten and tenanted trade director Jayson Perfect joined them in the toast to beer at 12.15pm. June 15th is also the date that Magna Carta was sealed in 1215 and this year is the 800th anniversary with national and international celebrations. Article 35 of the great charter stated:

Ale was so important in England in 1215 that it was mentioned in one of the most significant legal documents in history. Today, beer and pubs are still central to the social health of the nation and in economic terms they contribute £22 billion annually to Britain’s GDP. One job in brewing generates 21 jobs in agriculture, retail, pubs, and the supply chain. Britain’s brewing scene is the most dynamic and exciting it has ever been with more breweries per capita than any other country.