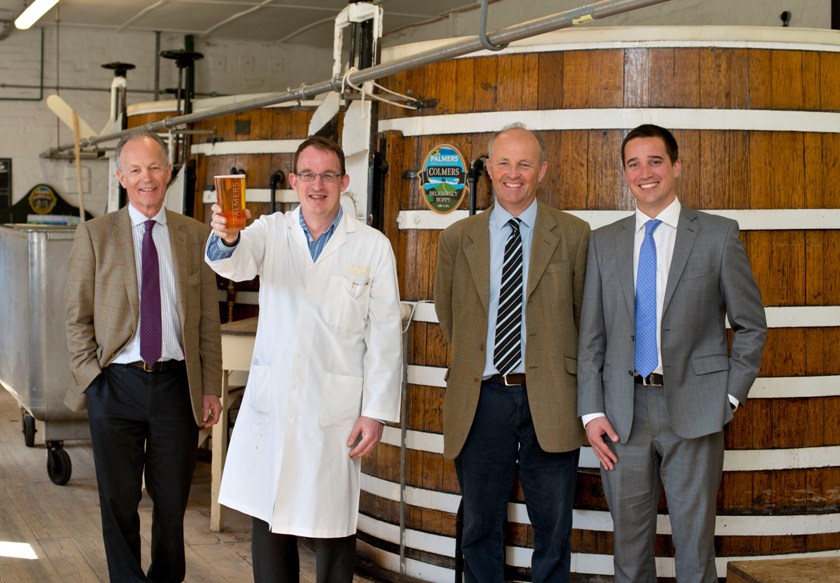 Colmers marks a departure from tradition for Palmers, who were founded in 1794 and are one of Britain’s oldest independent family brewers. This is the first time they have used Citra hops.

‘We’re known as a very traditional brewer and it’s exciting to show that we can produce such a modern product which is very unlike our other ales,’ explained Chairman John Palmer.‘As a true English craft brewer we want to use our expertise to develop new thoughts and new brews. With so many hop varieties worldwide, there’s a wonderful opportunity to experiment.’

The beer is named after Colmer’s Hill in Palmers’ hometown of Bridport. Brewery staff were invited to suggest names for the new beer and Colmers was the clear winner.

‘It had to be called Colmers really, it’s such a local landmark,’ Head Brewer Darren Batten explained. ‘As for the recipe, we’ve used three times the amount of hops we have in our other ales. It’s a new recipe created from scratch that puts Palmers at the forefront of drinking trends. People are developing a taste for hoppy, citrusy, golden ales and that’s what Colmers delivers.’

Colmers is the first of three short-run seasonal ales that the brewery will be making this year. Plans are underway for two more interesting seasonal ales in summer and autumn respectively.

Colmers will be on sale on draught only over Easter in Palmers’ pubs and selected free houses across the South of England. The entire batch sold out in a matter of days. ‘Colmers is quite delicious and I’m looking forward to hearing our customers’ feedback,’ added John Palmer.