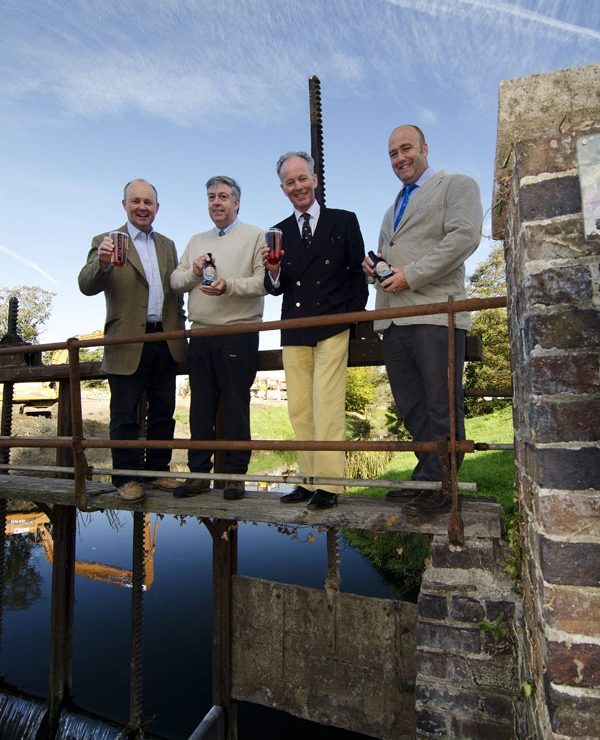 For the first time in hundreds of years, rare fish including salmon, eel and sea trout are able to swim up the River Brit to spawn, thanks to a new fish pass installed on the river at Palmers Brewery in Bridport, Dorset.

The lariner style fish pass creates a channel of water through which fish can swim, by-passing the weir and the hatches that have barred their progress up the river since the late 18th century.

The pass was officially opened in a short ceremony attended by the many organisations who worked together to make the project happen.

Charles Dutton, Chairman of the Frome, Piddle and West Dorset Fishing Association, said the pass was finished ten weeks ahead of schedule.

‘This is a great achievement and shows what organisations can do when everyone pulls together,’ he said.

The fish pass was provided in joint partnership between Palmers and several organisations, including The West Country Rivers Trust, Frome, Piddle & West Dorset Fisheries Association, Friends of Rivers and The Environment Agency.

The West Country Rivers Trust and the Fisheries Association raised funds from the Environment Agency and the National Association of Rivers Trusts. Consultant Clive Thorp steered the project through the complex planning process and Fishways Engineering of West Sussex designed the fish pass.

It’s hoped that salmon will return to the headwaters of the River Brit and the Asker next year.

‘It’s a fantastic development and one that the brewery were really happy to support,’ said John Palmer, chairman of Palmers Brewery.

The 18th-century weir at the back of Palmers was originally used to create enough water for the brewery wheel, which was the building’s main source of power until 1930 when mains electricity came to the town. Today it is kept in working order though no longer used.