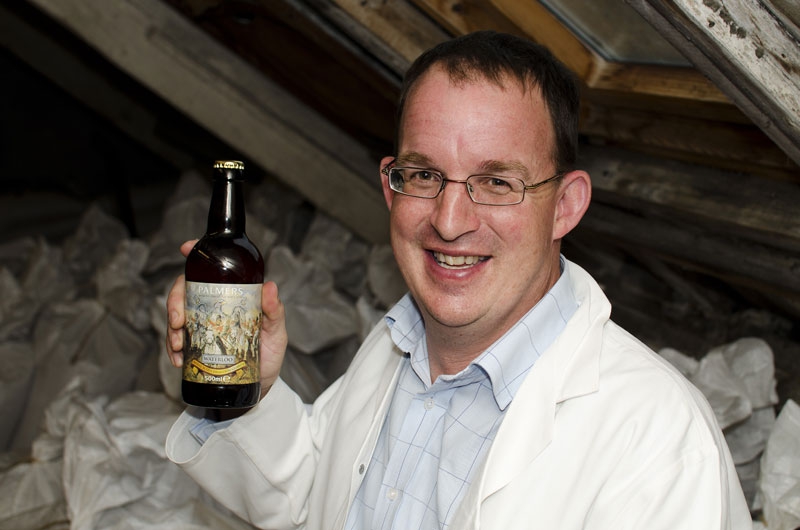 A bottled beer brewed in Dorset by Palmers Brewery for the Royal Scots Dragoon Guards has won a top accolade from The Labologists Society.

The label on the 500ml bottle features the well-known painting by Lady Butler, titled Scotland Forever, depicting the charge of the Royal Scots Greys at the Battle of Waterloo. Napoleon witnessed the devastation wrought by the Scots Greys and described them as ‘les terribles chevaux gris’ (those terrible grey horses). The charge has since been described as the greatest thunderbolt ever launched by British cavalry.

Palmers’ Head Brewer, Darren Batten, co-designed the label. He said: ‘The Royal Scots Dragoon Guards sell Waterloo Beer at their functions. All the profit they make goes to Caring For Courage, a charity which raises money for families of injured servicemen.

‘Palmers Waterloo is a refreshing golden beer. We are delighted that fine ale aficionados appreciate the artwork on the outside of the bottle, as well as the ale inside it!’

It is the second time that Palmers Brewery has been awarded a label of the year accolade. In November 2010 the Palmers Dorset Gold label came third in the ‘Standard Label Category’ class.