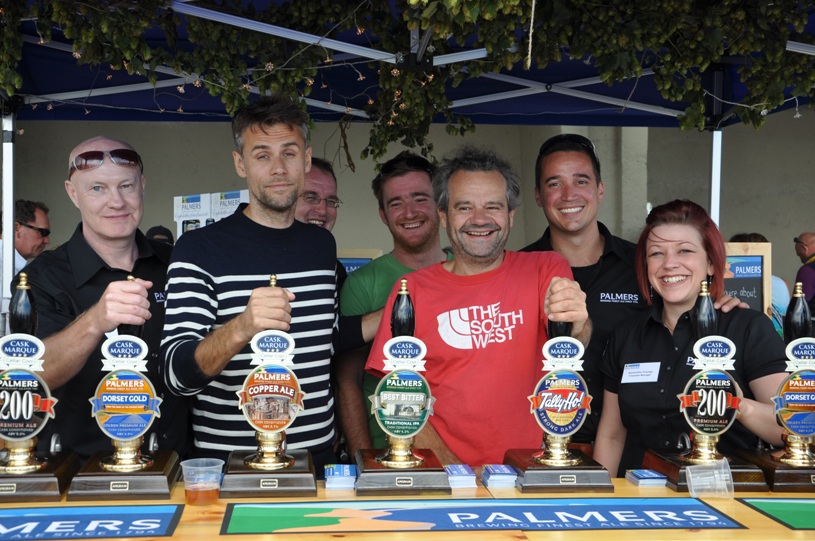 Palmers Brewery were proud sponsors of this year’s Food Rocks held in Lyme Regis to raise funds for the RNLI.

The fun-filled weekend of demonstrations and tastings was organised by Mark Hix and Jo Harris of Hix Restaurants. It saw the town buzzing with visitors who had come to sample some amazing local food and drink and learn from chefs and producers.

With 55 pubs across the South West, four of which are in Lyme Regis, Palmers set up a tasting bar on the seafront. This give the many visitors a chance to sample some of their award winning beers such as Dorset Gold. Festival goers were also able to talk to key members of the Palmers’ team about the beer and wine they supply.

Over the weekend they were bowled over by the interest received from the general public and welcomed the visits of TV Presenter, Richard Bacon; Jack Stein, Executive Chef, The Seafood Restaurant, Padstow; and Mark Hix, West Dorset born chef, restaurateur and writer.

Jayson Perfect, Tenanted Trade Director at Palmers said “It was a great privilege to be involved with the Food Rocks Festival. Not only did it give us an opportunity to showcase our range of beers but also allowed us to reinforce our passion and commitment to our trade and West Dorset. As the oldest local brewery, brewing since 1794, we feel it is very important for us to support such local events. We must say a special thank you to Mark Hix and his team for putting together such a great festival in aid of such a good cause”.