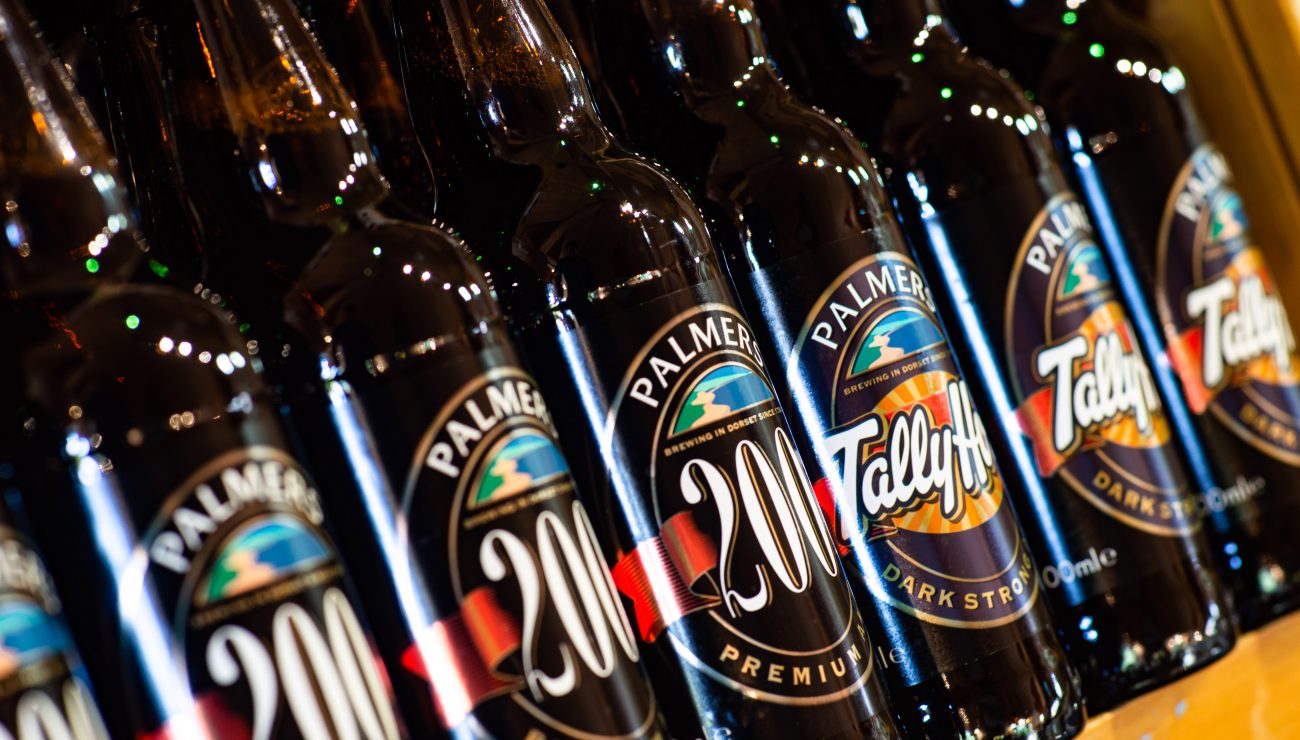 A contest to find the South West’s champion bottled beer is being overseen this week [25 March] by Palmers’ head brewer Darren Batten.

Four of Palmers’ own bottled beers are among the 153 brews entered for the Society of Independent Brewers Association SW Bottled Beer Competition 2010. Palmers’ Dorset Gold is making its debut in bottles.

‘It’s the first bottling,’ said Darren, ‘out just in time for the competition. We’ve done it on draught for a long time and we’re pleased to be able to take the opportunity to see what people think of the bottled product. We think it’s fantastic, but it’s always good to get feedback.’

Dorset Gold is up against 28 other golden beers, while Tally Ho!, 200 and Palmers’ Best Bitter are in classes with nearly 80 other bitters. Sales of Palmers’ bottled beers have grown well over the last year, mostly through Palmers Wine Store and other local small retail outlets.

‘I’d be delighted to win,’ said Darren, ‘but obviously I’m not one of the judges. My job is to make sure that all the beers are there at Tuckers Maltings, then it’s blind tasting.

‘There are ten judges, and the chairman is Jeff Evans, who’s the author of The Good Bottled Beer Guide – so we’ll see.

Darren’s role as organiser of the bottled beer contest is a stepping stone to becoming chairman of the annual SIBA SW beer festival at Tuckers Maltings in Newton Abbot in Devon, which generally sees about 7,000 visitors quaff more than 330 cask ales. It’s one of the biggest beer festivals in the country.

He recommends drinking any bottled beer at about 10-12 degrees Celsius, or 50 degrees Fahrenheit. He said: ‘People tend to drink it at 4 degrees – that’s coming out of the fridge temperature – but the flavours come out best at between 10 and 12 degrees. That’s the temperature you’ll get it in one of our pubs.’

Darren knows a thing or two about bottling, as he ran Palmers’ bottling line for 10 years before becoming head brewer.