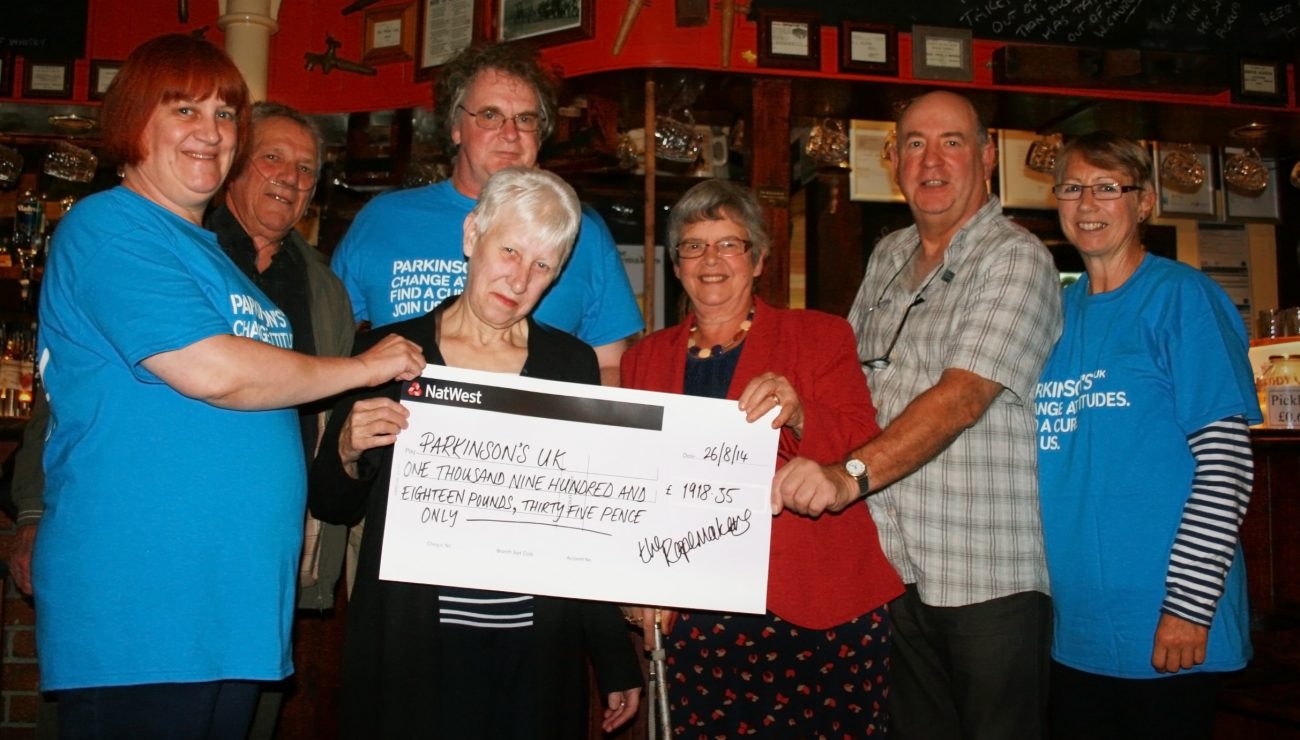 The Ropemakers raise £1,918 for Parkinson’s UK

The Ropemakers pub in Bridport raised nearly £2,000 for Parkinson’s UK at its 25th Birthday Bash.

Landlords John and Geraldine Baker celebrated the Palmers Brewery pub’s quarter century with five bands and a barbecue, plus side attractions including Indian head massages and face painting.‘The reaction from our customers was awesome, we’re just amazed by all the generosity. We’re going to make it an annual event,’ said John, who was diagnosed with Parkinson’s earlier this year. ‘Parkinson’s just makes life a little more of a challenge, but I’ve always been up for a challenge,’ said John.

And the Baker’s fundraising continues. John and Geraldine are taking part in the Thames Path Challenge on 13 September when they will be walking 25km (15 miles) in aid of Parkinson’s UK. They have already gained £1,000 in sponsorship for the walk.

Jayson Perfect, tenanted trade director at Palmers Brewery, said: ‘John and Geraldine are fantastic hosts who have made The Ropemakers one of the best places in Dorset for regular live music. They throw themselves 100 per cent into everything they do, as their recent fundraising success shows.’ You can keep up-to-date with the pub’s events and news through Facebook.