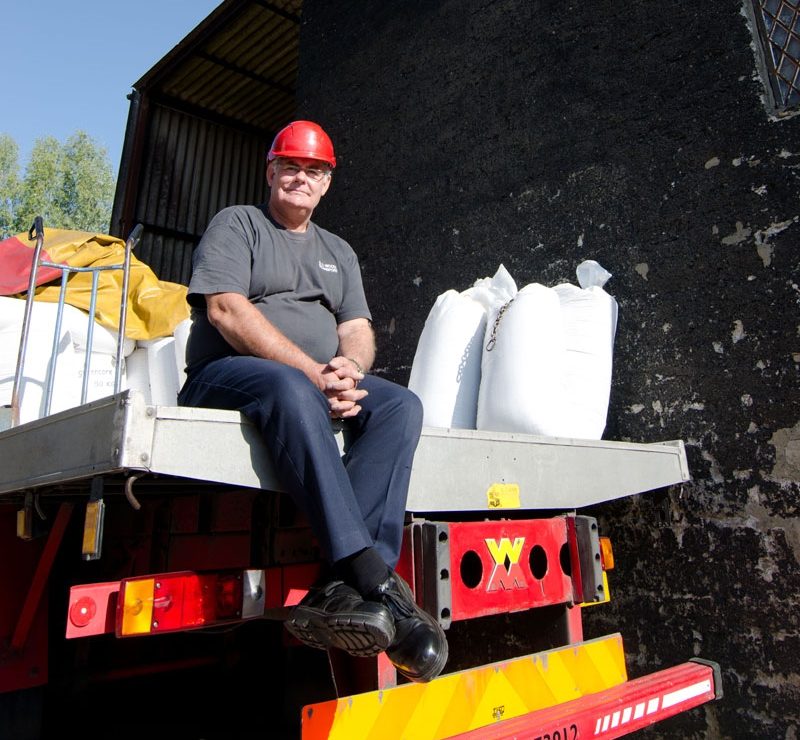 A short film made by Palmers Brewery pays tribute to one of the unsung heroes of British brewing – malt deliverer Brian Wood.

Brian has been delivering sacks of malted barley to Palmers in Bridport, Dorset, for nearly 30 years. By hand, he’s loaded and unloaded about 73,000 sacks. That’s approximately 3,650 tonnes winched up from the back of his lorry into Palmers’ malt loft.

‘Brian Wood is a legend in his own lifetime,’ said Palmers’ head brewer Darren Batten.

Over the last three decades Brian has worked for breweries nationwide. Nowadays, from his home in Essex, he delivers mostly to Palmers in Dorset, Arkell’s in Swindon, Felinfoel near Llanelli, Harveys in Lewes, Elgood’s in Wisbech, Wadworth in Devizes and Fuller’s in Chiswick.

‘I absolutely love them,’ said Brian. ‘I’m a bit of an old-fashioned chap and all the breweries I deliver to mostly put the malt up through the loft. It’s a beautiful routine and we all seem to be tuned into the same frequency.

‘I’ve always been proud to be involved with the malt; I just enjoy my work.’

Brian is known for taking exceptional care of things. His lorry, for example, a DAF 1900, has done more than 1.5 million miles since he bought it new in 1988. It’s specially fitted with an aluminium floor for the superior transport of malt.

Brian, his lorry and the whole process of malt delivery can be seen in a new video on the Palmers Brewery YouTube channel.

One of Palmers’ aims is to show what an extraordinary amount of often-unseen love and care goes into the making of quality real ale.

Darren said: ‘People don’t realise the love and care that goes into brewing a pint of beer and it’s one of our greatest pleasures that so many people are sustained by the brewing industry. There are people that we’ve worked with 20, 30, 40 years, and it’s great that we’re all so passionate about what we do.’

Taking malt in sacks enhances quality. Darren said: ‘We haven’t got to blow malt across the brewery or put it up conveyor belts. All those handlings of malt damage the husk and the husk is very important in a traditional brewing mash tun like ours.

‘Long may it continue’ is Darren’s wish – and Brian’s too.

‘I don’t ever see myself retiring,’ said Brian. ‘I feel good, I look after myself, I just want to keep on working.’