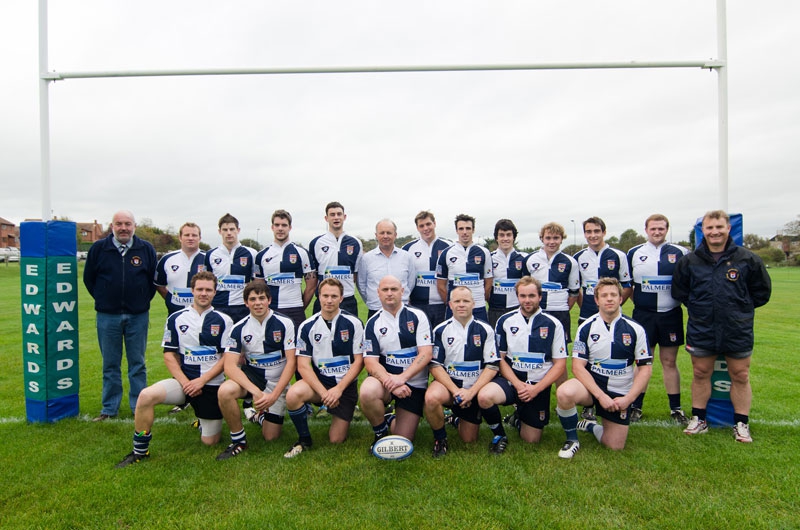 ‘Many of the brewery team are very keen on the game and have played at various levels, said Cleeves Palmer, Sales and Marketing Director.

‘I was passionate about playing rugby at school and Tim Woodrow, our Tenanted Trade Director, captained Exeter and Devon and at the end of his playing career was lucky enough to play for Cardiff for two years.’

Bridport Rugby FC first team are pictured in the new strip before last Saturday’s match against Warminster, with Cleeves Palmer in the centre of the back row.