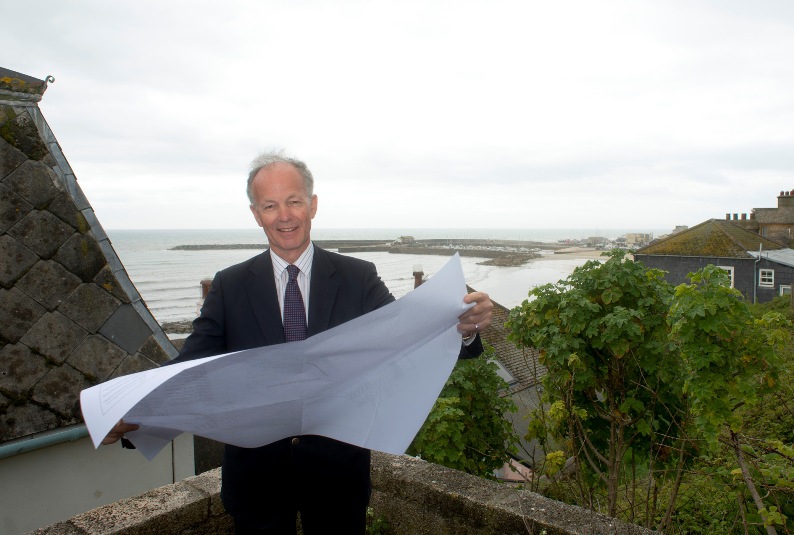 Exciting proposals for the Three Cups building and surrounding site in Lyme Regis will be unveiled on Thursday 13 June.

This will be the second consultation about the Three Cups that owners Palmers Brewery have held in the town. At the first, in September 2010, they presented several options for the site. For this second stage of the process, they have based their plans on the option that received most public support initially.

Palmers are inviting the public to view and comment on the latest proposals. After this they make a planning application to West Dorset District Council later this summer.

Palmers Brewery chairman John Palmer said: ‘The Three Cups is a truly special site at the heart of Lyme Regis. Since the last consultation we’ve done a great deal of work with English Heritage, our architects and structural engineers to devise detailed plans that show how we could revive the site economically while conserving its exceptional heritage.’

He revealed that the cost of the proposed scheme, if granted planning consent, would be several million pounds.

‘This is a very expensive project, not least because of the access, the heritage and the underlying geology of Lyme itself. Nevertheless, we have chosen the ‘Rolls Royce’ option because we believe that the town deserves the best investment we can afford.

‘I am really excited about the benefits this could bring to Lyme. Another top notch restaurant to further enhance its credentials as a foodie destination; more quality letting rooms to expand the number of beds available at peak season; bringing people from the Cobb and seafront into the centre of Broad Street through the Langmoor Gardens link; conserving a historic building and enabling public access to the ground floor of that building; improving the appearance of Lyme’s main street by restoring the frontage of the Three Cups – the list is long.

‘I hope that as many townspeople as possible will be able to come along on the 13th and see the plans for themselves.’

Palmers’ proposals will be on show in the function room of the Pilot Boat Inn in Bridge Street from 10am to 7pm.